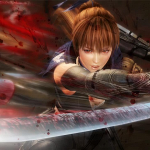 I had been editing quite a bit here for a while anonymously, but I finally decided to make a new account. My old one has a name that's only relevant to editing the Mass Effect wiki...

I can be fairly described as a grammar pedant; I will correct your spelling and grammar whether you like it or not, and I will also strive towards making the wiki content simple, readable and well-structured. Less is more. I'm afraid I do not have any desire to get Dead or Alive 6, so I will do my best to edit the info provided by others whilst remaining somewhat ignorant myself.

Retrieved from "https://deadoralive.fandom.com/wiki/User:Zhan_Fu?oldid=125378"
Community content is available under CC-BY-SA unless otherwise noted.