There are several Chinese martial arts known as Snake Boxing or Fanged Snake Style (Chinese: 蛇拳; pinyin: shé quán; literally: "snake fist") which imitate the movements of snakes. It is a style of Shaolin Boxing. Proponents claim that adopting the fluidity of snakes allows them to entwine with their opponents in defense and strike them from angles they wouldn't expect in offense. Snake style is said to especially lend itself to applications with the Chinese straight sword. The snake is also one of the animals imitated in Yang family taiji quan, bagua zhang and xing yi quan. The sinuous, fluid motion of the snake lends itself to the practical theory that underlies the "soft" martial arts.

Different snake styles imitate different movements of snakes. Some, for example, imitate the Cylindrophiidae, while others imitate the python, while some schools imitate other types of snakes, like the Cobra. There are two unrelated, Northern and Southern snake styles.

She quan practitioners in Dead or AliveEdit 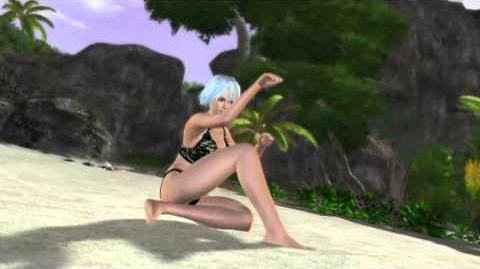 Retrieved from "https://deadoralive.fandom.com/wiki/She_quan?oldid=110508"
Community content is available under CC-BY-SA unless otherwise noted.