"Turn On The Lights"

"Serpent Dance" is a music track that first appeared in Dead or Alive 4 as the character theme for Christie. It later appeared twice in Dead or Alive 5, when Helena Douglas and Kasumi fight Christie in their chapters. 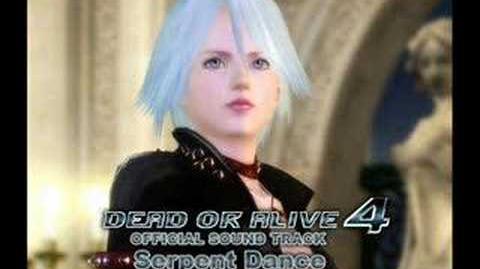