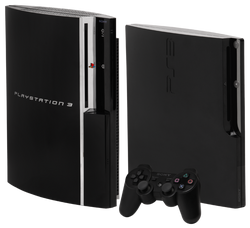 Major features of the console include its unified online gaming service, the PlayStation Network, its robust multimedia capabilities, connectivity with the PlayStation Portable, and its use of the Blu-ray Disc as its primary storage medium.

Dead or Alive titles for PS3[]