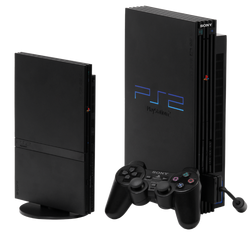 The PS2 has become the fastest selling gaming console in history, with over 100 million units shipped by November 2005, beating the previous record holder, the PlayStation, by three years and nine months.

Dead or Alive titles of PS2