Dead or Alive Wiki
Register
Don't have an account?
Sign In
Advertisement
in: Articles for Improvement, Articles in need of images, Articles being constructed, Games

Ninja Gaiden, originally known as Ninja Ryukenden (lit. "Legend of the Ninja Dragon Sword") in Japan, is a series of video games created and produced by Tecmo featuring the ninja Ryu Hayabusa as its protagonist. The series gained popularity on the 8-bit Nintendo Entertainment System for its tight action-platform gameplay, and was the first console game to have the story presented in cinematic cutscenes. The 8-bit trilogy was enhanced for the 16-bit Super Nintendo Entertainment System in 1995. A new era of Ninja Gaiden games were released in 2004 as a 3D action game on the Xbox, developed by Team Ninja. These installments of the Ninja Gaiden franchise became well-known for their high degree of difficulty.

The arcade version of Ninja Gaiden was a Double Dragon-style beat 'em up, in which the player controls a nameless blue ninja as he travels to various regions of the United States to defeat an evil cult led by a fictional descendant of Nostradamus, who is trying to personally fulfill his ancestor's prophecy of the rise of an evil king in 1999. The player has a variety of techniques, such as a flying neck throw and a back-flip. The player can obtain power-ups by throwing enemies into background objects, such as street lights and dumpsters. The player fights primarily with his bare hands, although a sword can also be used for a limited time as a power-up; he can also use environmental objects as a prop from which he can deliver more powerful kicking attacks. Although the game takes place in different environments, there are primarily only five kinds of enemies, all of which appear in every level (although some levels have extra enemy types). The game is mostly remembered for its infamous continue screen (where the player character is tied to the ground underneath a descending circular saw).

The first Ninja Gaiden for NES, a ninja named Ryu Hayabusa finds a letter by his recently missing father, Ken, telling him to go to America and meet with an archaeologist Dr. Smith. Dr. Smith tells Hayabusa that two statues hidden by Hayabusa's father and the doctor have the power to end the world - if united. Hayabusa ends up in South America and battles Jaquio, an evil cult leader bent on reviving the ancient demon called "Jashin" and the one responsible for the attack on Ken Hayabusa. The game introduced many of the series' staples, including the cinematic cutscenes, the boomerang-like Windmill Shuriken and the magical techniques called Ninja Arts (or Ninpo). Like all games in the series, it is noted for its difficulty, particularly the infamous Stage 6-2. To use the ninja arts, users had to collect power-ups. Each art used up a certain number of power-ups.

In the sequel, Ninja Gaiden II: The Dark Sword of Chaos, Hayabusa learns of a new villain named Ashtar, Emperor of Chaos and master to Jaquio. Hayabusa must rescue Irene Lew, a former CIA agent, from Ashtar and destroy the Dark Sword, a weapon of great power, forged from a bone of the demon, as the Dragon Sword is forged from a fang of a dragon. In the end, Hayabusa learns that Jaquio has been reborn to fulfill the destiny of Ashtar and the Dark Sword. This game was the first to feature Spirit Clones, invincible copies of Hayabusa which would mimic his movements and fight by his side. Also introduced was the ability to scale walls without the need to constantly jump upwards.

The third game, titled Ninja Gaiden III: The Ancient Ship of Doom, has what some considered being a rather convoluted and, at times, contradictory story featuring rogue secret agents, genetic engineering and the eponymous warship. The gameplay is largely unchanged and more is revealed about Foster, the CIA agent who sent Hayabusa after Jaquio in the first game and his true intentions towards the ninja. This game is often considered to be the most difficult of the original trilogy, as continues are limited this time. New innovations in the third installment included a sword extension power-up that increased the range of the player's attack until the end of the level or until death, new types of surfaces from which the player could hang, and automatically scrolling areas.

Released in Japan, North America and Europe in 1991 for the Game Gear, this game was not very close to any of the other Ninja Gaiden games. It featured a smaller screen size, bigger character sprites, slower game speed, and unlike the NES and Master System games which were more oriented to platforming action, this was more a linear side-scrolling game in the likes of the Shinobi series. 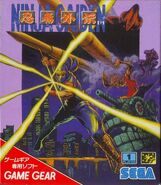 Released only in Europe and Brazil in 1992 for the Master System, this game has similar gameplay mechanics to the NES games, though it had much better graphics, faster gameplay and a few changes were made such as Hayabusa bouncing off walls instead of clinging to them. The game featured new storyline, characters and scenarios, not connected to any of the other Ninja Gaiden games.

A Mega Drive/Genesis game was in development sometime in 1992. It was a beat 'em up in the light of such games as Double Dragon, somewhat inspired by the original arcade game, but featuring different levels, a new storyline unrelated to previous games, and the presence of cut-scenes similar to the ones from NES trilogy and the other games developed by Sega. The plot, however, involved a trip of Hayabusa Hayabusa to the United States in a similar fashion to the one of the arcade, with some of the enemies from that game also returning, like the Jason Voorhees look-alikes. Some locations such as a casino, the character would encounter such things as drug deals. The game was never released commercially due to poor development and bad pre-release critics. A near finished version of the game was leaked illegally through emulation, having all the levels available for playing but also featuring programming bugs like odd moving controls and unfinished game sections.

Known as Ninja Ryukenden Tomoe in Japan, the Ninja Gaiden Trilogy was the first notable project by Team Ninja as a compilation of the first three Ninja Gaiden games that appeared on the Nintendo Entertainment System between 1988 and 1991. The trilogy was also released for the Nintendo Entertainment System however the versions differed a little from the originals, with some cutscenes missing, poorly rendered or changed music and the blood changed from red to green due to censorship. However the graphics were a lot clearer than in the original.

Released in Japan as Ninja Ryūkenden GB Matenrō Kessen (忍者龍剣伝GB 摩天楼決戦?, "Legend of the Ninja Dragon Sword GB: Skyscraper Showdown") and in Europe and Australia as Shadow Warriors, Ninja Gaiden Shadow is a spinoff of the Ninja Gaiden series that was originally planned to be a Game Boy adaptation of the NES game Shadow of the Ninja. 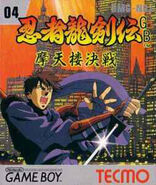 Ninja Gaiden Sigma is released for the PlayStation 3. A revamped version of Ninja Gaiden (Xbox) for the PlayStation 3, the textures have been rebuilt from the ground up and the game now runs at a solid 60 fps in 1080p. In comparison with Ninja Gaiden Black, new enemies and bosses have been added as well as the new dual wielding blade Dragon’s Claw and Tiger’s Fang. Sigma also sports three new chapters where the player can play as the Fiend Hunter, Rachel.
On the North American PlayStation 3 release customers get the choice between the regular edition and a 2-disc Collector's Edition, exclusively available at GameStop. Apart from a hi-res packaging and special codes that unlock Hayabusa and Rachel bonus missions, the Collector's Edition also contains a "Behind the Sword" documentary, digging deeper into the daily life of the Team Ninja crew.
Due to censorship, only the North American release possesses decapitation animations. 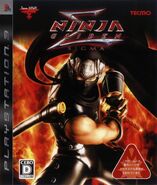 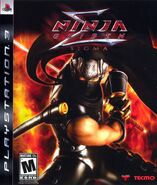 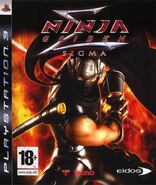 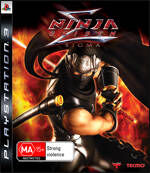 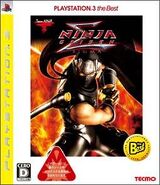 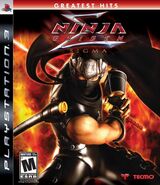 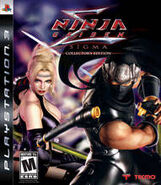 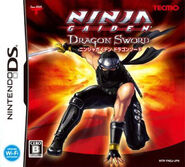 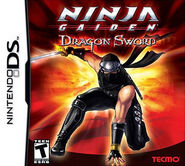 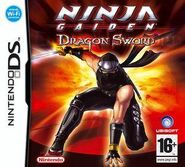 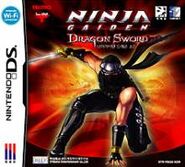 Ninja Gaiden II is released on the Xbox 360, published by Microsoft Game Studios. The new features in the game were four difficulty levels, a regenerating health bar, upgraded graphics and enemy AI however the game was seen as mediocre in respect to its ground breaking predecessors.

Similar to what Ninja Gaiden Sigma was to Ninja Gaiden (Xbox), Ninja Gaiden Sigma 2 is an updated version of Ninja Gaiden II for the PlayStation 3 and includes extras such as new bosses, an online co-op mode, trophy support and the addition of not just Rachel as a playable character, but Ayane and Momiji as well.
With the release of two versions of the game (regular and limited) people who purchased the Collector's Edition were treated to a comic version of the install's prologue, and the OST. The Collector's Edition was limited to Gamestop in North America and HMV for the UK. Pre-ordering either edition at Gamestop warranted a code for a special Sigma 2 costume, which resembled the outfit of Hayabusa's father; Joe Hayabusa.
One of the more notable quirks in the game was the ability to ‘jiggle’ the female characters’ breasts through the use of the SixAxis controller. 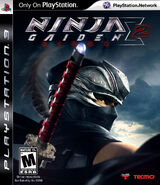 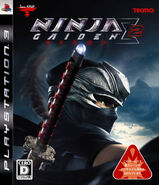 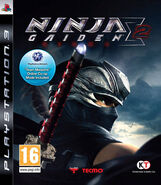 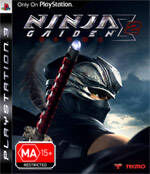 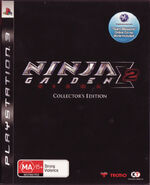 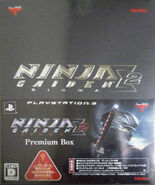 Tecmo Koei announced at the Tokyo Game Show 2010 in a closed-door event in September that they were currently developing Ninja Gaiden 3.