This article is for the music track "Glorious victory" and its subsequent update.

The original "Glorious victory" theme first appeared in the original arcade version of Dead or Alive 2 as the theme for the game's Story Mode credits.

"Deadly Silence Beach" (PlayStation 2)
"Knifepoint" (Ultimate)
"Glorious victory" is a music track that appears in the console versions of Dead or Alive 2 as the ending theme. 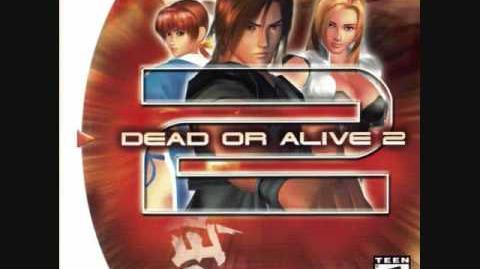 Retrieved from "https://deadoralive.fandom.com/wiki/Glorious_victory?oldid=109436"
Community content is available under CC-BY-SA unless otherwise noted.