During the series's original run, people would pay ¥500 (about $6) for a box containing a random figurine. The figures are modelled after Ayane, Christie, Helena Douglas, Hitomi, Kasumi, Leifang, Lisa Hamilton and Tina Armstrong, with Zack as a rare "secret character". Although production of the figurines has finished, some of the figurines, and even complete collections, can be found for sale on the internet from independent sellers.

All the figurines are 120mm (4.68 in) in height, made from PVC plastic, and are fully painted. As the figures are related to Dead or Alive Xtreme Beach Volleyball,they are all (excluding Zack) female characters wearing swimsuits that featured in the game and modelling in various poses:

A advertizment for the series 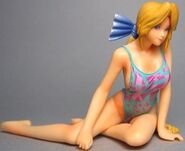 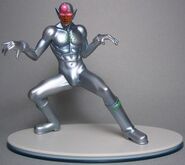