A PC-based game based on Dead or Alive Ultimate, titled Dead or Alive Online has been announced but only a open beta version was released, before the servers were shut down on January 9, 2010.

In 2004, Team Ninja released Dead or Alive Ultimate; a compilation containing a port of the Sega Saturn version of Dead or Alive, and an enhanced remake of Dead or Alive 2, which utilized the graphics engine used for Dead or Alive Xtreme Beach Volleyball. As well as improved graphics, 2 Ultimate offered Dead or Alive 3 game mechanics, new game content, and the inclusion of Hitomi as a unlockable character.

The system set forth by Tecmo for online play in Dead or Alive Ultimate was intended to recreate the feel of playing at an arcade. Players would log onto a shared "lobby", and then observe other matches until it was their turn to participate. Each lobby has a set of gameplay parameters that is determined by its creator, allowing for tournament-style play. This compilation makes it the second online 3D fighting console game to be released in America and Europe, (Mortal Kombat: Deception being the first) and the first online 3D fighting console game in Japan.

Being a compilation of the first two games that introduces new features, online play, and various unlockables, the story of Dead or Alive Ultimate plays out as it did in the original games. However, a new CG opening was included in 2 Ultimate, further explaining the relationship and history of Ayane, Kasumi and Hayate.

Dead or Alive Ultimate is a compilation game that includes a remade version of Dead or Alive 2, with re-developed graphics and new stages for the Xbox gaming system. It also includes the original version of the first Dead or Alive, with smoothed graphics, but lacks the additional content received in the later-released North America PlayStation version; it didn't have Bass or Ayane, nor any extra costumes. Both editions include online play.

Dead or Alive 1 Ultimate is essentially identical to its original, and is generally considered more of a collector's disc than for its content. Its most defining features were its speed, countering system, and danger zone. Unlike Tekken, Dead or Alive put an emphasis on speed, and relied more on simplistic commands and reaction time rather than long strings of combos.

Its countering system was the first in the fighting genre to utilize different commands that corresponded to each type of attack. There are two kinds of holds, an "offensive hold" and a "defensive hold"; furthermore, these commands are executed by holding back or forward on the directional pad along with the guard input, to either force away or counter-damage an opponent.

Finally, the game used an environmental addition called the "danger zone", which surrounded the outer edges of the fighting arena or, depending on the options, it could also completely consume it. When a character came in contact with it, it sent them in the air so the opposing player can execute a juggling air combo. However, this can be avoided with a Ukemi defensive roll.

Dead or Alive 2 Ultimate, being a remake created after the debut of Dead or Alive 3, takes elements and mechanics from both its original iteration and successor. The action of 3D-axis movement is as free-formatted as Dead or Alive 3, and Hitomi is now a playable character, albeit outside story mode. Other elements have been kept intact from Dead or Alive 2. These include higher damaging counters than in Dead or Alive 3, environmental hazards not warranting a knockout on a character, and a counter mechanism that is much harder to execute.

Despite being able to freely move on a 3D axis in the Ultimate version of Dead or Alive 2, most moves cannot be sidestepped as in Dead or Alive 3. Only a few moves, mostly jumps, are actually able to be avoided with a sidestep, such as Hitomi's back, forward + kick combo.

Another major change is in the revamped holding system in Dead or Alive 2. Formerly, holds were performed simply based on the three heights of high, mid, and low. In the Ultimate version however, mid-punches and mid-kicks have their own holds, requiring more thinking when using holds.

The final major set of changes instituted in Dead or Alive Ultimate is the inclusion of slopes, which are a type of environmental hazard where those knocked down them roll down the slope, taking damage as they fall. All of the characters also now have slope-based throws that are executed when they are near them instead of their normal throw.

While this game brings back the old mechanics of Dead or Alive 2 from the Dreamcast, some changes to the music and remixes were added; each character, except Hitomi, has their own remix which plays in the Ray House.

The Aerosmith song, Dream On was played in the brand new CG intro for Dead or Alive 2 Ultimate.

In 2004, after the release of Dead or Alive 3, Team Ninja once again remade Dead or Alive 2, this time for the Xbox system. In the planning stages, this new game was originally named Dead or Alive Online for its addition of online support. On January 14, it was renamed to Dead or Alive Ultimate and promised fresh content, additional characters and an upgraded version of the original Dead or Alive for the Sega Saturn. According to Tecmo, the name change was due to the opinion that "Ultimate would more accurately describe the feeling players feel upon experiences with the game".[2]

In Japan, Dead or Alive Ultimate was released with a crystal-clear blue version of the Xbox system that included a controller of the same color, a copy of Dead or Alive Ultimate, and some bonus Kasumi-themed extras.[3] In the United States, two trading cards with character pictures on them were randomly included in each game as part of a collector's edition. The game disc of the North American release also contains the Booster Pack for Dead or Alive 3, which adds numerous character costumes and a new opening cinematic for the game. This disc also included a G4-produced segment from their Icons series detailing the history of the Dead or Alive series, along with interviews featuring various people from the video game industry, including series creator Tomonobu Itagaki. A guide book titled Dead or Alive Ultimate: Prima Official Game Guide by Prima Games was release on November 4, 2004.

In the United States, two trading cards with character pictures on them were randomly included in each game as part of a collector's edition. The game disc of the U.S. release also contains the Booster Pack for Dead or Alive 3, which adds numerous character costumes and a new opening cinematic for the game. This disc also included a G4-produced segment on the history of the series that offered a video interview with series creator Tomonobu Itagaki.

In 2005, Dead or Alive Ultimate was awarded "Fighting game of the year" at the National Academy of Video Game Trade Reviewers Awards. The game was also nominated for "Best Fighting Game" at the GameSpot Game of the Year Awards. 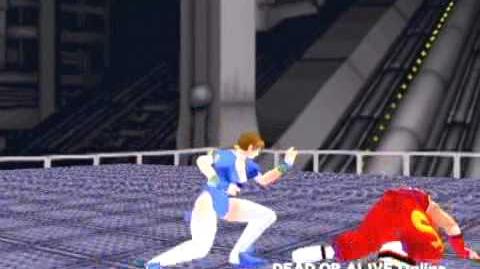 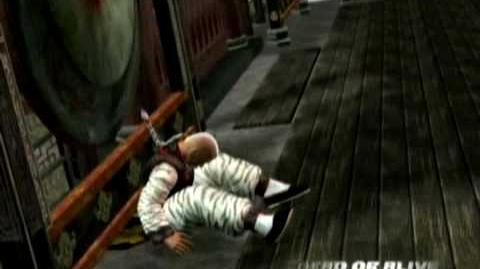 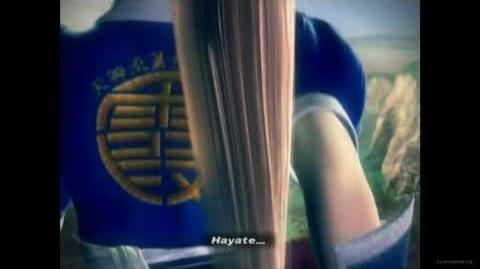 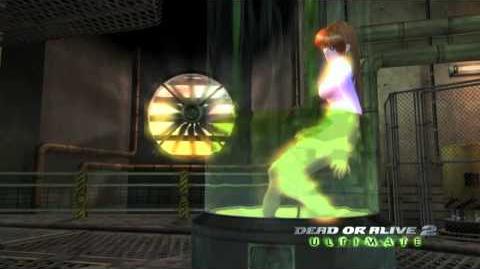