It was developed by Team Ninja and released in early 2010. The game continues the Xtreme series' theme of Beach Volleyball, exchanging gifts, developing friendships and women in swimsuits, both on and off the beach, with a large focus on the new photography element.

Paradise is the first title in the Dead or Alive series for a handheld game console, but the second of any handheld device, the first handheld title being Girls of DOA BlackJack. There is also a variation of the game for the mobile phone in Japan.

Dead or Alive Paradise was later made compatible with Sony's PlayStation Vita, successor of the PlayStation Portable.[1]

Like previous Xtreme installments, the game's premise consists of a series of beach and relationship-oriented mini-games focusing on the female members of the Dead or Alive cast who are taking a two-week holiday on New Zack Island. The playable characters are Kasumi, Tina Armstrong, Hitomi, Helena Douglas, Leifang, Christie, Lisa, Kokoro, and Ayane. In addition to the normal Xtreme cast, guest character Rio from Tecmo's Super BlackJack pachinko series also appears as the casino's hostess dealer and an unlockable character; this marks Rio's first official debut outside of Japan. Zack and Niki, the owners of the tropical island, also appear as supporting characters in the opening and closing cutscenes.

As is expected of the Xtreme series, the mini-games in Paradise include a few beach activities from the previous two titles and a handful of gambling games which use the in-game currency, Zack Dollars. The plot of Paradise is the same as the plot of Dead or Alive Xtreme 2. The only major change to the story is the addition of Rio.

The series primary mainstay, beach volleyball is once again present in Paradise. Similar to the original, players must have a partner in order to compete in a two-on-two 7-point volleyball match.

As with the previous titles, the game puts a strong emphasis on friendship. Players must befriend the other girls by buying them gifts they enjoy from the various stores on the island. Doing so will increase the bond between the two characters. If the friendship between the two is at a sufficiently high level, the character can be convinced to a volleyball partner. After this is done, players must then ensure that the bond is kept strong to avoid the partner subsequently abandoning them. This can be done by giving additional gifts, spending time with the partner, and winning games.

Players can bestow swimsuits as gifts to other girls, regardless of whether they are the current partner or not. However, the more revealing a suit is, the harder it is to get a girl to accept the gift. Again, players must ensure that the friendship level between their character and the target girl is very strong to avoid having the gift returned.

Pool Hopping is also back and in similar style to Pool Hopping in Xtreme 2; the player must press buttons to hop along the colored pads, but pressing the corresponding button to the symbol on said pad gives bonus points.

Beach Flags is still the same as before; the player must race and grab the flag before the other girl does. This game is unlockable by getting 50 "Venus Clips".

Butt Battle makes a comeback as well, where the player must bump the other girl off a large floating pad by using their character's rear-end. This is game can be unlocked by getting 100 "Venus Clips".

A new addition to the game is the ability to go around the island with a camera and take pictures of the girls, which can then be assembled and edited into an album. Different types of cameras and film can be purchased at the Sports Shop.

The game also features a casino, which players can visit during the evenings. Once there, they can partake in several games, including Poker, Roulette, Blackjack and Slots. Both of the card games are attended by Rio from the Super Blackjack series.

Rio can be unlocked as a playable character by receiving Zack's "challenge item" in the hotel, visiting the casino to play blackjack against Rio, and winning with one blackjack hand.

The previous team leader of Team Ninja, Tomonobu Itagaki had previously expressed interest in bringing the Dead or Alive Xtreme series to handhelds such as the Nintendo DS and PlayStation Portable in 2004. The game was first revealed in Japanese gaming magazine Famitsu in December 2009. A North American release was announced a month later in January 2010. According to art director Yasushi Nakamura, one of the reasons the game entered development was as an effort to restart the Dead or Alive series and broaden its appeal.[1]

A mobile phone variant of the game was released in Japan before the PlayStation Portable version; however due to the handset's limited memory only certain mini-games like blackjack, poker and item collection are included.

A limited edition boxset is available for order, which includes a copy of the game, a Kasumi box-cover and poster, a CD of the game's soundtrack, a photo book of the girls, and a Kasumi figurine with changeable hair and bikini. A cheaper boxset without the figurine is also available. In some stores such as HMV, a 2010 calendar was included with the game when pre-ordered.

From April 1 to April 30, 2010, to celebrate the release of Paradise, Kasumi and Hitomi appeared as placard girls for Bijin Tokei; a digital clock application for the iPhone available only in Japan which show different pictures of girls - real and fiction - holding a placard with the current time instead of a normal clock face.

On March 11, 2010, a free demo of Dead or Alive Paradise was released on the Japanese Playstation Store. The demo is DRM-free, allowing it to be copied, distributed by any website, as well as playable on any PlayStation Portable device regardless of region. It features Paradise's Private Paradise mode, having only Hitomi available as a playable character, with two swimsuits (Aquarius and Scorpion) and three different Venus Clips. Although it is possible to take photos during the clips, they, unlike in the full version, cannot be saved. The Dead or Alive Paradise demo is currently available for download on the game's official website and on many PSP demos specialized websites.

Overall, Paradise has received generally unfavorable reviews, receiving a Metacritic score of 36/100 based on 11 reviews. Most game reviewers complained about the lack of "real gameplay," the little amount of mini-games to choose from, and poor controls; the volleyball mini-game has been described as "robotic" and the pool-hopping as "painstaking" and hard to master. IGN, who gave the game 5 out of 10, criticized the "bad quality" of the graphics, saying that the characters' bodies looked "angular" and "not very detailed," as well as the large amount of loading time some of the game needed.

Game Informer, one of the harsher reviewers, criticized the game's "downright insulting" image of women, stating that the characters are "hypersexualized" and are "depicted as vapid, dim-witted babes with no real desires other than tanning and having people buy things for them." In the end, Game Informer only gave Paradise an overall score of 4 out of 10 and said the game "drags down whatever reputation its namesake carried."

GamesRadar also complained on one of its articles that actual in-game graphics look worse than the press shots released for the game's advertising. On the other hand, it also gave the game a 7/10 schore overall and noted that the overall game was "overall fun and deceptively deep."[2]

Overall, the game in its initial release sold 200,000 copies worldwide.[3]

The Entertainment Software Rating Board (ESRB) classification has described Dead or Alive Paradise as filled with "creepy voyeurism" and "bizarre, misguided notions of what women really want."[4] The original text was rewritten later and ESRB apologized saying the first post was posted "in error", considering it "improperly" and filled with "subjective language."[4] Director Yoshinori Ueda said that the game is not supposed to be softcore pornography, neither degrading towards women.[5] However, art director Yasushi Nakamura also implied that if fans did masturbate to the series, Team Ninja "could consider that a success". He also said that Paradise was an effort to restart making the Dead or Alive series, as well as to broaden its appeal.[6] 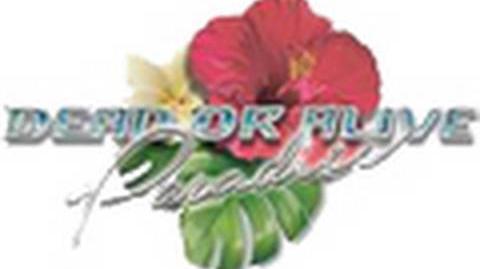 Mobile.
Add a photo to this gallery

Retrieved from "https://deadoralive.fandom.com/wiki/Dead_or_Alive_Paradise?oldid=113541"
Community content is available under CC-BY-SA unless otherwise noted.