Japanese video game peripheral manufacturer Hori will be releasing a arcade stick to go alongside the release of Dead or Alive 5. Two versions of the stick will be made so buyers can chose to have it compatible with either the PlayStation 3 or the Xbox 360.

Both versions will feature a similar layout to one another, both decorated with a graphic of Ayane and Kasumi standing in front of a burning section of the stage Scramble. The tagline of Dead or Alive 5, "I Am A Fighter", is superimposed over the image. 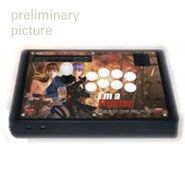 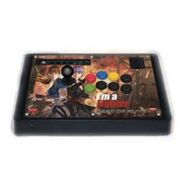