Developed by Team Ninja and published by Tecmo, it was first released exclusively for the Xbox 360 in Japan on December 29, 2005, and was later released to other countries throughout 2006. It was originally slated to be a launch title for the Xbox 360, but was delayed until more than a month after the console debuted.

As the direct follow-up to the 2001 title Dead or Alive 3, Dead or Alive 4 introduced three new characters to the main line-up of regular fighters, as well as many multi-tiered and interactive fighting arenas, and a gameplay system that, in some ways, differed greatly from previous installments.

The main plot continues with the war between the Dead or Alive Tournament Executive Committee, and the Mugen Tenshin clan. After Ayane successfully defeats DOATEC's last creation, Omega, Hayate returned to the Mugen Tenshin clan, taking over the leadership. Now leader, he goes on a quest; to put an end to DOATEC, for all the suffering it has caused to the world. He is accompanied by Ayane and Ryu Hayabusa; Kasumi, though reluctant, is dragged into the events herself as she follows her brother.

There are a total of six gameplay modes in the Dead or Alive 4, most of which can be played in single player, local multiplayer, or online multiplayer via DOA Online over Xbox Live. These modes are:

As well as new characters joining the cast, the game has a number of updates in reference to previous titles:

Following its release, two updates were made available for the game, one of which altered the characters' stats to even them out in regards to power.

On May 12, 2005, the first screens from the game were leaked on the internet via the elotrolado.net message boards.[1] The first official screenshots, in-game demos and cinematics were presented by Microsoft at press conferences[2] with the game originally slated to be a launch title for the Xbox 360.

However, the game was delayed many times before eventually being released on 29 December 2005, more than a month after the console debuted.[3] Famitsu Xbox editor-in-chief Munetatsu Matsui pointed to Dead or Alive 4's absence as a launch title as the main factor behind the slow sales of the Xbox 360 in Japan.

Since Dead or Alive 4 release, a demo version of the game has been avaliable for free download via Xbox Live. While the demo showcases the final version of the game, it is a very limited version and only a handful of the features are accessible, while the rest are locked down. Only Versus Mode and Time Attack are playable, there are just five stages avaliable, and only Kasumi, Hayabusa, Brad, Tina, Eliot, and La Mariposa are playable. Some of the settings are also locked-out.[4]

On its release, Dead or Alive 4 received generally very positive reviews, with a score of 85 out of 100 from Metacritic, based on 76 reviews.[5]

IGN gave the game a 9.0 out of 10, calling it "a move in the right direction for the series," and praised the fighting system as "deeper and more sophisticated." They also praised the look of the game very highly, saying that "one is hard pressed to argue that Team Ninja's final version of Dead or Alive 4 isn't one of, if not the best, looking game on the juvenile system thus far." However, they did note that "the characters have made a significant graphic jump in design above their predecessors," and while "good looking," they felt "more of an amplification of the previous roster's clean looks than a major shift or advancement."[6]

Gamespot awarded the game a score of 88%, with only a couple of negative comments regarding "a few graphical flaws," and some problems with the online mode. The website calls the online lobby system "cute but feels needlessly tacked on," but still praises the online system as providing a "near-limitless challenge for competitive players." Thye also praised the game's "finely tuned, fast-paced fighting action" and "Gorgeous presentation."[7]

However, Jolt Online Gaming UK gives the game an average 6.5/10, calling the single player mode "an exercise in frustration and joypad throwing." They also state that the online mode "is probably best locked away and only spoken of in hushed tones when you think no one who isn’t in the know is listening."

Eurogamer also gave Dead or Alive 4 an average score of 6 out of 10, stating while the graphics are "nice" and the gameplay system "is certainly better than DOA3's, and almost up there with DOA2," they found the online and single-player modes "flawed to the point where they're simply not enjoyable in any way."[8]

Since its release, Dead or Alive 4 has sold 1.2 million units worldwide. 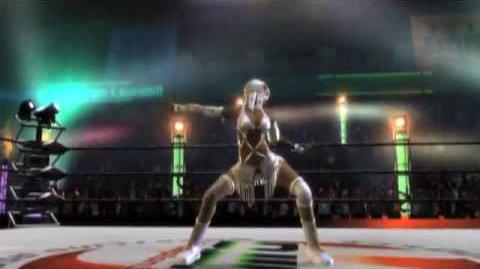 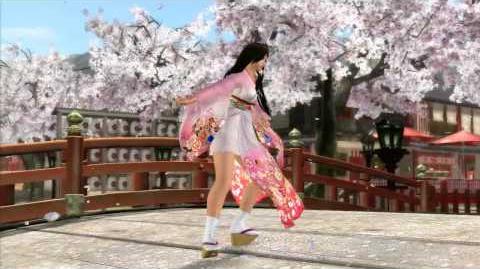 South Korea Platinum Hits.
Add a photo to this gallery

Retrieved from "https://deadoralive.fandom.com/wiki/Dead_or_Alive_4?oldid=124666"
Community content is available under CC-BY-SA unless otherwise noted.