Dead or Alive Wiki
Register
Don't have an account?
Sign In
Advertisement
in: Featured articles, Games, Arcade Games,
and 3 more

Dead or Alive 2 (also known as DOA2) is the second main installment (3rd overall) the Dead or Alive fighting series. It debuted in the arcades in October 1999, and was later ported to the Sega Dreamcast on February 29, 2000. The game was released again in Japan on March 30, 2000 for the PlayStation 2. Later the same year, an updated version of the title, DOA2: Hardcore, was released for the PlayStation 2 across all territories.

The graphics and gameplay were enhanced from the previous game, and based on a better game engine. Running on the Sega NAOMI arcade board, it allowed the characters and stages to appear less angular and more detailed. The story involved a narrative continuation of the first game, taking place shortly after the events of Dead or Alive.

A great leader was killed at the end of the 20th century. His name was Fame Douglas, and he was renowned as the sponsor of the legendary Dead or Alive World Combat Championship. Since his death, and in the absence of his charisma and leadership, the world has become chaotic. Yet something appears to be transpiring. Amid this chaos, it is announced that the "Dead or Alive Championship 2" will be held.

However, Douglas' passing has taken with it the purpose and significance of the tournament. Even worse, the promoter of "Dead or Alive Championship 2", who is fond of conflicts and jealous of the strong, is responsible for Douglas's death. The new promoter is more than a corrupt mastermind, but a man of pure evil. His involvement in the tournament has brought a sense of terror to the world, resulting in the infamous tengu disaster that occurred at the end of the 20th century. The climax of the disaster is about to begin with a roaring battle.

In 'Dead or Alive 2, the basis of the entire fighting system is the circular relationship between three types of moves: blows, throws, and holds. Similar to "rock-scissors-paper", the moves have different actions, and can be stopped by other moves: blows are striking attacks that can be countered by holds; holds are defensive attacks that catch blows and either deals counter damage or parries the attack; and throws are grappling attacks that deal damage to guarding and holding opponents which loses to blows, but catches throws, which don't obey the normal rules.

The other defining feature is a "stun system". In Dead or Alive 2, many attacks, upon hitting, will inflict a "stun" on the opponent. While stunned, the opponent cannot attack, and cannot guard, but they can hold. If the attacker lands a non-knockdown, non-launching attack while the opponent is stunned, the opponent will be re-stunned in a new way, depending on what attack was landed.

A major difference between Dead or Alive 2 and other similar games is in the safety and non-punishability of attacks, both upon hitting and upon being blocked. Most blows in Dead or Alive 2 can be punished on hit and block by each character's faster throws, making blow-based offense very risky.

In Dead or Alive 2, sometimes battles will occur in areas with environmental hazards; walls and falls in the middle of stages are everywhere in Dead or Alive 2. Many stages are also multi-tiered. To get to other areas of the stage, one character must be knocked off a ledge and fall into the next area. These falls deal usually fairly high damage, but cannot knock the opponent out. There are also some walls that are either electrified, or booby-trapped, causing more damage when a character is slammed into a wall by either a knockdown blow, a throw, or a hold.

Dead or Alive 2 offers a new mode called Tag Battle Mode which implements a Tag team fighting system that allows players to choose two fighters to form a team, and fight against another team controlled by either the computer, or by other players. Tag Battle Mode allows characters to switch back and forth instantaneously for combo attacks and even attack simultaneously when timed correctly. Everyone can be partnered to anyone and the mode allows for the participation of four players, something not common in the fighting game genre. Dead or Alive 2's Tag Battle Mode offers Tag Throws which are special high damage throws unique to certain pairs of characters.

Bayman and Tengu are the unlockable characters in the Japanese Dreamcast Dead or Alive 2 and all versions of DOA2: Hardcore. They are playable in every gameplay mode except Story Mode. Tengu can only be unlocked after Bayman.

The first version of Dead or Alive 2 was released to Japanese arcades on October 19th, 1999, running on Sega's NAOMI arcade system. It featured twelve playable characters, Story Mode and Time Attack Mode. It also included Survival Mode and Tag Battle, but these had to be unlocked with a code in the service menu. An update titled Dead or Alive 2 Millennium was released worldwide starting in January 2000. This made Survival and Tag Battle available from the start and added school uniforms for Kasumi and Ayane. It would be the last arcade release for the series until Dead or Alive 5 Ultimate Arcade thirteen years later.

The Dreamcast port was first released in North America on February 29, 2000. It was identical to the arcade Millennium release, but added the usual Versus and Sparring modes, as well as Team Battle Mode. This version followed by the other console versions also featured a simpler hold system:

Unlike home ports of the first game, there were no unlockables.

Dead or Alive 2 was released on March 30th, 2000 as a launch title for the PlayStation 2 in Japan. This version added new stages (Crimson, Koku An and Prairie) and new unlockable costumes. As it ran at a lower video resolution, it appeared much more aliased than the Dreamcast ports. This version was buggy and prone to lock up in Versus mode.

The European Dreamcast version was released on July 14th, 2000. This version included the costumes from the Japanese PlayStation 2 version but not the new stages. It also added new costumes for Zack and Tina, which pay homage to The Shadow Man and his love interest from the Shadowman series. Acclaim developed the Shadow Man video game and published Dead or Alive 2 in Europe.

The Japanese Dreamcast version (known as the Limited Editon) was released on September 28, 2000. The most notable addition was that Bankotsubo and Bayman were now unlockable, playable in all but Story Mode. The new stages from the PlayStation 2 version were not included, in favor of new versions of Burai Zenin and L's Castle from the first game. This version also added Sparring mode for Tag Battle, Watch Mode, the User Profile System, online play, more costumes to unlock, and a CG Gallery with character renders.

Although Dead or Alive 2 was released, Tomonobu Itagaki and Team Ninja were dissatisfied with the then-current versions of the game, and continued enhancing it on both the Sega Dreamcast and PlayStation 2 on each market as they worked towards their vision of the "ultimate fighting game".

On October 25, 2000, Tecmo released a last major update called DOA2: Hardcore, which was a launch title for the PlayStation 2 in North America. The game was based on the Japanese and second update of Dead or Alive 2 for Dreamcast. This version was featuring new playable characters, new stages, extra costumes and introduced the "Gallery" option. The Hardcore release was finally the complete game Itagaki had envisioned at the time, featuring many changes compared to its predecessor:

The new release extended the success of Dead or Alive 2 in North America and Western Europe, and Dead or Alive became Tecmo's flagship series. Tecmo also followed up on the release of Hardcore in the USA and Europe with the release of DOA2: Hard*Core in Japan. This last version saw some minor updates, including new cutscenes, a few new costumes, and a new turbo speed option.

As a result, nine different versions (excluding the later Dead or Alive 2 Ultimate on Xbox and the two more recent PSN releases) of Dead or Alive 2 were released: two for the arcade market, and the others were home versions. Unfortunately, even with all the changes, Itagaki was still not happy with Dead or Alive 2. He is quoted as saying in the Dead or Alive 3 booster disc video: "They wanted a launch title in 3 months. I needed 4."

Three song by Japanese punk band Bomb Factory appeared in Dead or Alive 2 and can be heard in the game's settings. The song Exciter was used as the opening theme while the song Deadly Silence Beach was used in the CG Gallery. The song Clumsy Bird can only be heard in the settings. The Japanese version DOA2: Hard*Core featured an English version of the song How do you feel?, used for the game's second opening.

This new remake features a greatly improved graphics engine. As it was created after the debut of Dead or Alive 3, it takes elements and mechanics from both its original iteration and successor. The action of 3D-axis movement is as free-formatted as Dead or Alive 3, and a new character from Dead or Alive 3, Hitomi was placed in the game as a unlockable playable character outside Story Mode.

The biggest set of changes instituted in Dead or Alive Ultimate are online play over Xbox Live, and the inclusion of slopes, which are a type of environmental hazard.

Dead or Alive 2 was a commercial success. It brought more than $2 million profit in sales. The Dreamcast version was met with critical acclaim while the PlayStation 2 version was very well received. GamesRadar+ included the game on their list of best Dreamcast games, stating that "Dead or Alive's first sequel used separate graphics engines for its fighting and cut-scenes, allowing for unprecedented graphical fidelity." In 2010, the game was included in the list of "Top 25 Fighting Games of All Time" ranked in 9th place by UGO. 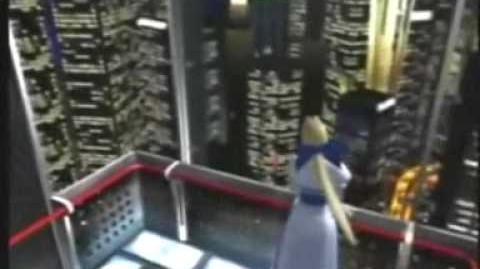 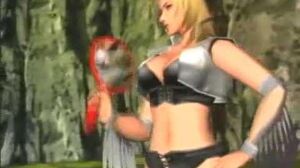 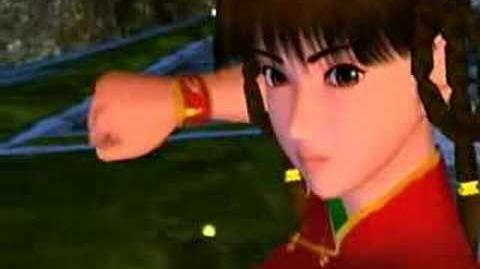 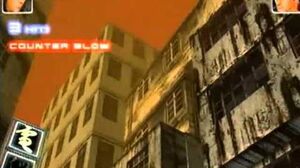 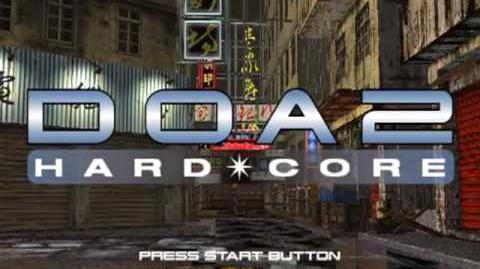 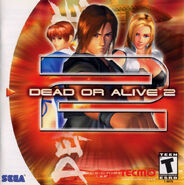 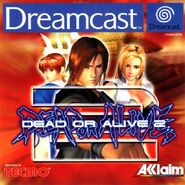 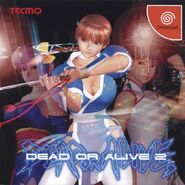 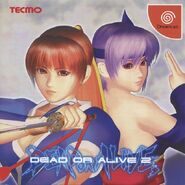