Dead or Alive Wiki
Register
Don't have an account?
Sign In
Advertisement
in: Featured articles, Games, Arcade Games,
and 3 more

Up to 2 players simultaneously

Developed by Team Ninja and published by Tecmo, Dead or Alive was first released in arcades in 1996, using the Sega Model 2 system board and was later ported onto the Sega Saturn home console in Japan on October 9, 1997.

In 1998, a PlayStation version of Dead or Alive was released in Japan, North America, and Europe, with a different graphics and fighting engine, new background music, and two additional characters.

Dead or Alive ++ (デッドオアアライブ++, Deddo oa Araibu Purasu Purasu) was also released in 1998. This arcade-only release used the Sony ZN-1 arcade board and, while graphically similar to the PlayStation port of Dead or Alive, plays more like Dead or Alive 2. The game introduced a bigger emphasis on stuns and to that end, two separate hold systems were included, one inside and one outside of critical state.

In 2004, the Sega Saturn version was ported onto the Xbox as part of Dead or Alive Ultimate.

A girl catches her breath and stares down at the gathering of warrior gods below. What she feels is not light, but darkness. Her mind wanders with thought. She's made it this far...
She's traveled this far...
on just a few clues...
to avenge her brother.
The chance for revenge is near.


The insatiable ambition of the human race has lead to the abuse of scientific knowledge. Foolishly setting up the stage for the extreme battle on the land. Now, a new Dead or Alive battle is about to begin.

A girl calmly closes her eyes. She hears the vibration of the colliding power and the uncontrollable, violent melody.

She envisions numerous obstacles set ahead of her. The shadow waves to the courages men and the dignified women.

Kasumi, trusting herself...
Throws herself...
into the wind.
Disappearing,
the only thing left,
the whistling noise of the wind.

PlayStation and Dead or Alive ++ characters[]

Dead or Alive was unique in its debut in that it featured fairly different choices in gameplay than other 3D fighting games at this time. Its most defining features were its speed and countering system. Dead or Alive put an emphasis on speed and relied more on simplistic commands and reaction time rather than long combo strings. Furthermore, its countering system was the first in the fighting genre to utilize different commands that corresponded to each type of attack.

There are two kinds of holds, an offensive hold (OH) and a defensive hold (DH); furthermore, these commands are executed by holding back or forward on the directional pad along with the guard input to either force away or counter-damage an opponent. Finally, the game used an environmental addition called the danger zone, which surrounded the outer edges of the fighting arena (depending on the options, it could also completely consume it), and when a character came into contact with it, it sent them into the air so the opposing player could execute a juggling air combo. However, this can be avoided with an Ukemi (defensive roll).

Tomonobu Itagaki has stated that he was dissatisfied with the way modern fighting games were presented; he missed the old arcade-style of play and had another vision for the fighting game genre. Having worked for Tecmo for a long time, Itagaki was eventually given the opportunity to develop a fighting game.

The game, the first Dead or Alive, was released in 1996 as an arcade game for the Japanese market. It was a success in Japan but not in the West. This was possibly because of the competing game Tekken, which was already a popular fighting game series for the PlayStation.

Four different versions of the original Dead or Alive were released:

The original version of Dead or Alive was released in arcades worldwide in November 1996, utilizing Sega's Model 2 arcade board (it was also the first time Sega licensed their hardware to a third-party company; in this case, Tecmo). The game ran on a modified Virtua Fighter 2 engine, featuring eight playable characters with three costumes each, and the boss character Raidou.

It was later ported to the Sega Saturn in Japan on October 9, 1997. The game was never released in North America or Europe. This version added an FMV intro, Time Attack, V.S., Survival, Training and Kumite modes. Unlockables included the ability to play as Raidou, new costumes for each character, and Kasumi's System Voice.

However, this version was downgraded graphically compared to the arcade version. In contrast to the original's fully 3D modeled backgrounds, the Sega Saturn conversion used bitmap tricks and overlapping layers in the same fashion as the Sega Saturn version of Virtua Fighter 2 did. Some details in stages were removed altogether, such as the roof of L's Castle and the swaying bridge in Hayabusa's stage. The characters also had lower-polygon models.

On March 12, 1998 in Japan, Tecmo released Dead or Alive for the PlayStation. This version included numerous differences compared to the arcade and Saturn versions; a different graphics engine with Gouraud shading, a revamped fighting engine, new background music, and new stages. Similar to the Saturn version, the stages consisted of 2D bitmaps, but could now extend infinitely (similar to Tekken), which eliminated ring-outs.

The most notable addition was the two new characters; the wrestler Bass who was available from the start, and the unlockable Ayane. It also included more costumes to unlock (only for female characters), Kasumi, and Ayane's System Voices (as "Sakura" and "Wakana", the first names of their voice actors), and additional voice clips.

The PlayStation version was released in North America on March 31, 1998, and later in Europe in July 1998. These versions omitted the text-only epilogues at the end of Arcade Mode. The European version added even more costumes, typically one or two per character.

The final revision, Dead or Alive ++ was released in arcades in September 1998, running on Tecmo's TPS arcade system (Capcom ZN-1 with custom bios). It is commonly considered a half-step between the first game and Dead or Alive 2. Although aesthetically similar to the PlayStation version, it featured many changes to the gameplay. These changes include being able to position characters before the start of a round, changing most throws to Hold+Punch, and a six-point hold system, the most complex in the series.

This version added a "Tag Battle", although it was more like Team Battle with two characters. Ayane was playable from the start and Raidou could be unlocked fairly quickly. Each character had four costumes, two from the original and two from the European PlayStation version. A few of the costumes were exclusive to this version of the game and some were slight recolors.

In 2004, Tecmo released a revamped version of the Sega Saturn port made to run on the Xbox, along with an updated version of Dead or Alive 2. Named Dead or Alive Ultimate, it was basically the original Sega Saturn game ported to the Xbox, making graphics slightly more colorful and smoother, sound from stereo to surround, and adding Xbox Live Online Gaming. The Saturn version was chosen as it was Itagaki's "personal favorite".

Although it was not widely distributed in U.S. arcades, Dead or Alive was a commercial success, helping Tecmo pull in a profit of 9.2 million dollars in 1996 and saving the company from bankruptcy.[1] The Saturn version would go on to sell more than 161,000 copies in Japan.

Upon the game's release in arcades, a Next Generation reviewer commented, "A fighting game that mimics Virtua Fighter 2 in its look and feel to a frightening degree ... Dead or Alive boasts smooth control, crisp polygonal graphics, and an attitude that may enable this game to stand on its own despite its familiar origins." He identified the variety of characters and the danger zones as the game's standout features, and said the tough AI forces players to learn more complex moves and strategies.

The home versions were successful critically as well. Due to the Saturn version's planned (and eventually aborted) releases in the U.S. and UK, it saw a considerable number of reviews in those two countries. Sega Saturn Magazine described Dead or Alive as "An incredible beat 'em up both technically and visually, even getting close to beating Sega's own-brand VF Virtua Fighter games. Computer and Video Games called it "an essential buy for import Saturn gamers", while Next Generation commented, "Dead or Alive is such a polished game that it's surprising to realize this is Tecmo's first 3D fighter. GamePro lauded it for its vast number of moves and throws, and its fast and intense fights.

Praise for the game typically focused on its "hold" mechanic. Next Generation said this mechanic adds a unique tone to the game and blurs the line between offense and defense during fights, replacing the usual fighting game scenario of one character attacking and the other defending with more of a "push-and-pull" struggle for dominance. Electronic Gaming Monthly editor-in-chief John Davison commented that the requisite "use of a character's weight and inertia blazes a trail for other games to follow." One of his co-reviewers, Dan Hsu, said the system of holds and reversals is the best part of the game. GameSpot noted that using holds, "you can counter holds and attacks and then reverse counters on top of that, so you sometimes can get an awesome Jackie Chan-style grappling match that goes back and forth three or four times till someone messes up and pays the consequences.

The "bouncing breast" feature was widely ridiculed for its exaggerated and prolonged animation, which critics regarded as comical and grotesque rather than appealing. Sega Saturn Magazine noted that the breasts "wobble up and down like jellies and seem to operate totally independently to the rest of the girl's body", and Jeff Gerstmann similarly remarked in GameSpot that "They bounce around like gelatin for no apparent reason." He considered it a relief that the feature can be turned off, describing it as "stupid" and "the very definition of overkill." IGN was not as annoyed, but pointed out that the bouncing breasts "don't actually contribute to the gameplay except to add temporary novelty and libido frustration to the typical gamer." Computer and Video Games saw the feature as having a campy appeal, finding humor in how "The slightest movement is enough to set them off, swinging and bouncing around in a most comical fashion!" The reviewer compared it unfavorably to the more realistic breast physics in Fighting Vipers.

A number of reviewers praised the quality of the arcade-to-Saturn conversion, and most applauded this version's high-resolution graphics and detail. However, reviews for the later PlayStation version hailed it as even better, with enhanced graphics and enjoyable new content which adds to the replay value. IGN went so far as to say that "The Model 2 graphics have ported over to the PlayStation better than they've ever been on the Saturn". (Many of the Saturn's killer apps were Model 2 ports, including Virtua Fighter 2.)

GamesRadar included Dead or Alive at number 28 in their list of best Sega Saturn games, stating that "the game's high-speed, rock-paper-scissors style of play was a quick hit with arcade players". In 2011, Complex ranked it as the seventh best fighting game of all time. 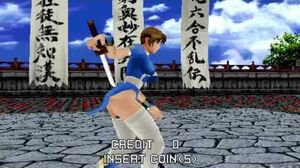 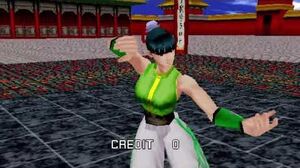 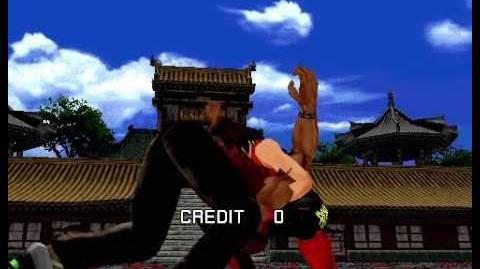 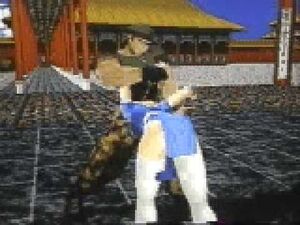 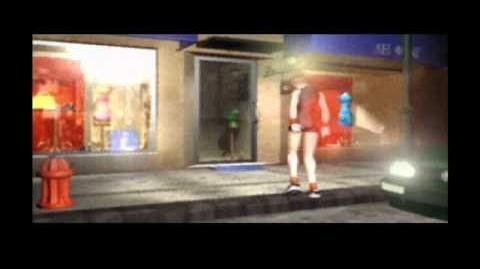 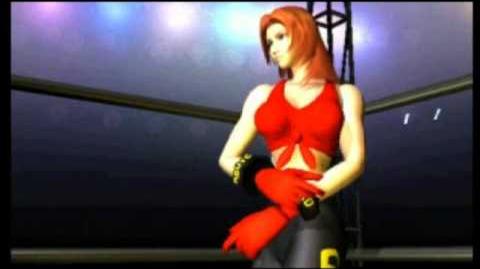 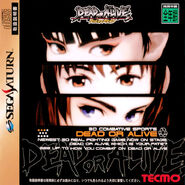 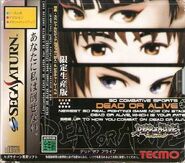 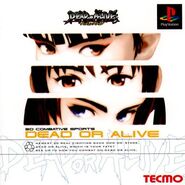 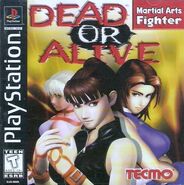 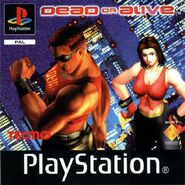