Dead or Alive Wiki
Register
Don't have an account?
Sign In
Advertisement
in: Featured articles, Articles for Improvement, Characters,
and 13 more

Erhu and playing a game of Go

"Huh? It's the time already? Well, then I'd better get going."
—Brad in Dead or Alive 6

Brad Wong (simplified Chinese: 布莱德王, traditional Chinese: 布萊德王[1], pinyin: Bùláidé Wáng) is a master of the zui quan style who debuted in Dead or Alive 3. Until Dead or Alive 5, he had been on the quest for the legendary wine known as "Genra" for years.

One day, Brad's martial arts teacher Chen sent him on a journey to find a type of wine called "Genra." Although the drink was a mystery to Brad, he began his journey and spent three years looking for the drink.

After three years of wandering, Brad finds himself in the third Dead or Alive Tournament. During the tournament, he encounters Ayane and harasses her in his drunken state. He then faces Hayate, who is mad at him for trying to hit on his younger sister. Brad later encounters Gen Fu, who assures him that his fabled power is for real. Instead of finding the drink Genra, Brad finds Genra in the form of the monster Omega. After fighting Omega, Brad leaves the tournament to continue his journey. It seems that he gives up his drink at the end but it could be that he has just weakened his habit because he is seen drinking again at the next tournament.

Brad is still looking for the legendary drink Genra when he enters the fourth tournament. During said tournament, Eliot speaks with him about his self-doubts and why Gen Fu chose him as his successor. In return, Brad tells him not to worry about it and that the boy should pity his master, saying that Gen Fu has been "lonely" all his life. They then engage in battle.

Later when he sees Kokoro, Brad takes a liking to her and offers her to share a drink with him. However, the girl rejects him and fights him instead. When Bass Armstrong goes on a rampage over his daughter Tina's decision to become a rock star, Brad happened to be there at that moment and Bass tries to take it out on him. The two of them then have a fight. After the tournament, Brad finally gets his hands on the Genra wine. When he drinks it, however, he seems to have a trippy, drug-like experience, hinting that the drink was nothing more than a hallucinogen.

Before the fifth tournament, Brad accompanies Eliot on his journey of training. They learn of the tournament while they're fighting over the last piece of their dinner. While traveling in China, Brad runs into Ayane again and tries to hit on her like he did before. As she is about to slap him, Brad is flipped over by Eliot.

They continue their travels to New York, where Brad drinks heavily again at a diner. As he leaves, trips over and fights Zack, who has just been defeated by Tina. He follows the waitress, Mila, to her gym, still waiting for her to give him his drink. He fights her but is defeated. When Eliot finds him, they go into a tag team fight against Mila and Tina, which is yet another loss for them. Brad and Eliot continue their travels to a circus that's still under construction, where they fight and defeat Leifang and Hitomi in a tag duel.

As the tournament fighters gather at the Taylor's Bar, Brad is shoved into a table by Jann Lee, who insults him and tells him to leave. Fortunately for Brad, Rig manages to step in between and stops Lee with a fight.

After the tournament, Brad accompanies Eliot back to China. When the boy get optimistic in winning next time, Brad mocks him, telling him that he's nothing but talk, and challenges him to a fight. When Eliot wins and talks with his master, Gen Fu, about learning xinyi liuhe quan, Brad disappears and falls asleep behind a table, leaving Eliot confused of where he went off to. 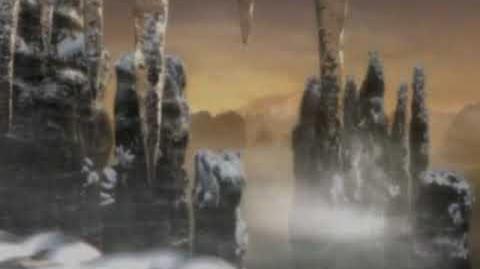 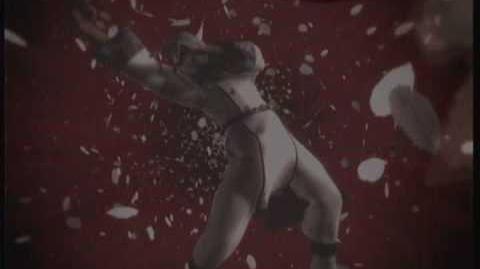 Brad has a slim but muscular physique, tanned skin, a slim oval face, and narrow brown eyes. His facial hair is neatly trimmed into a short beard. Despite being quite young-looking, Brad's long hair has already grayed, normally swept back into a braid with raised side bangs. In Dead or Alive 4 his hair is worn loose and drops to about upper shoulder length. In the fifth entry, his hair is now longer as he wears it in a tied type braid that drops to about waist level, as well as when worn loose. His bangs are now also adjusted to more resemble how they looked in Dimensions. He also now has a more relaxed and more realistic face and appears more carefree and less serious.

Most of Brad's outfits have traditional Chinese designs behind them and have a few layers to them, with some looking a little worned and ragged from his travels. One of his outfits from Dead or Alive 4, however, has a more modern design, consisting of tanned pants, a silvered studded belt, a half-open shirt made from shiny material, and chain necklaces. His outfits in Dead or Alive 5 follow the same theme, with various traveling attired as well as a casual white tank top with a buffalo necklace and jeans with decals as well as armbands. He also usually has a drinking gourd or bottle of alcohol at his side which he carries around with his costumes.

Brad Wong seems to be characterized by his love of alcohol as well as his overall nonchalant demeanor. He fights with honor and exhibits the spirit of a true martial artist in that he treats others with the respect they deserve, never talking down to an opponent, though of course, if attacked, he will defend himself. He tends to be flirty and confident in front of women, including those far younger than him, notably Ayane and Kokoro. However he is also quite comfortable with older otherworldly women like Nyotengu, who he shares a drink with after their fight, which goes smoothly as Nyotengu shares his more laid back flirty demeanor and liking of alcohol.

He also has a bit of a lazy streak as seen when he's traveling with Eliot, due to his continual drunkenness and being unemployed without any real goals other than to drink and fight to his heart's content.

Brad seems to have a lot of respect in his master, seeing that he went on a three year long journey looking for the Genra drink for him. However, in Dead or Alive 4 he does describe him as an "average drunk," which could be seen as an insult. However, he may just be speaking the truth about Chen given his master's fascination with the Genra drink.

Brad first meets Gen Fu in the third tournament. He had heard about the master possessing the "Iron Fist" through word-of-mouth stories, although Gen Fu assures him that his power is not fairytales. In Dead or Alive 4, Brad tells Eliot that he should pity Gen Fu because he has been "lonely" all his life. Brad possibly has respect for the old master. When swapping between Gen Fu and Brad as tag partners in Dead or Alive 5, Brad will usually call out 'Gramps'. This could refer to Brad joking around with Gen Fu, or just forgetting the old master's name.

Brad talks to Eliot before their battle in Dead or Alive 4, trying to help him understand Gen Fu's trust in him. This shows that Eliot may trust Brad to a certain extent, since he talks to him about such a personal subject. The two of them also bare some common ground when it comes to their masters.

In Dead or Alive 5, stated on the Official Dead or Alive 5 Website, it seems like Brad Wong is traveling along with Eliot, most likely causing comedical moments by "annoying" him. They have an official tag team as well as two tag throws together and their tag intro shows that they can do pretty well cooperating. Their win pose together has Brad lying on the ground tired, lamenting that he needs another drink while Eliot himself appears tired, putting his hands on his hips and looking towards the ground from either exhaustion of the fight or Brad's antics.

Despite the thirteen-year difference between them, Brad seemed to take a liking to Kokoro and suggests that the two of them share a drink under the trees. However, Kokoro rejects him instantly. They however have a tag throw together that finishes with Kokoro seemingly performing a turning geisha dance on her opponent's face while Brad watches amused while drinking.

Brad met Ayane during the events of Dead or Alive Dimensions. He tries to get her to drink with him, only angering her (and Hayate, who was with her) when he goes so far as to physically grab her trying to change her mind. They meet again during Dead or Alive 5, where he once again tries to coerce her, only to be knocked down by Eliot for it.

Brad Wong is classed as a trick character. Many of his moves and combos are visually unpredictable due to the "drunken" quality of his fighting style, being able to employ evasive maneuvers and make quick use of his various stances. Brad is usually most effective against new players since they find his attacks difficult to counter or defend against.

Brad has one of the largest move sets in the game, allowing him to create an endless variety of combos. This means he can take a while to learn how to use effectively but is very difficult to counter once mastered. Most of Brad's strikes are powerful but slow and he thus relies on his unpredictability to keep opponents on the defensive. Brad gains a new stance in Dead or Alive 5, which puts him in a hand stand. While it can be risky to use, it has its advantages.

The following are Brad's official stats as listed in the games.

Brad makes an appearance in DOA: Dead or Alive. In the movie, his hair is a platinum blonde as opposed to white, much like in the same manner of Christie's hair colour change. He is defeated by Bayman in the first round.

The following are the music themes used for Brad throughout the series.